I am also white. In high school we moved to a new area of town, a richer area, a whiter area.  When that happened, I requested to be transferred to a school where I was a minority.  A school where my childhood friends attended. I was granted that request because of my race, because the school district wanted more racial balancing in its schools. Many of my classmates were first and second generation Americans.  Many spoke English as a second language. (Many could actually speak a second language.)  I only mention this so you get a glimpse at my background and mindset.

In 1883, an American poet of Jewish heritage and Portuguese descent, Emma Lazarus, wrote a poem:

With conquering limbs astride from land to land;

Here at our sea-washed, sunset gates shall stand

A mighty woman with a torch, whose flame

Is the imprisoned lightning, and her name

Mother of Exiles. From her beacon-hand

With silent lips. “Give me your tired, your poor,

The wretched refuse of your teeming shore.

Send these, the homeless, tempest-tossed to me,

I lift my lamp beside the golden door!”

In 1903 it was placed on a plaque in the pedestal of the Statue of Liberty.

In 1814, nearly a century before, Francis Scott Key a second generation American of British descent wrote the most patriotic of songs, our national anthem.

You probably have guessed where I’m going with this, but before I get there, let’s look at some statistics from the U.S. Census Bureau: 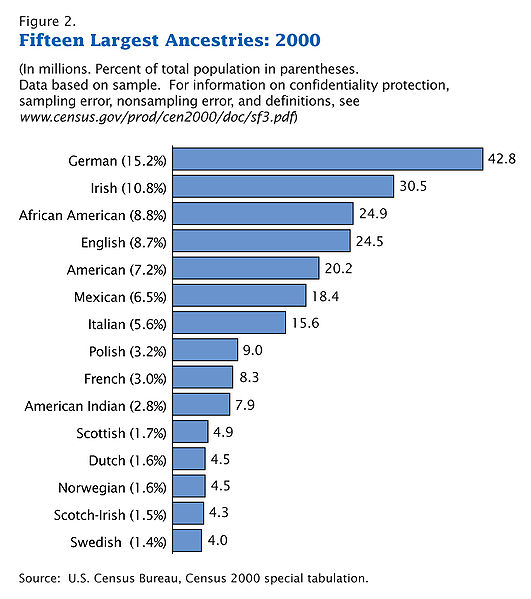 I am among the 7.2% that are classified as “American”, which means 92.8% of the entire population in the United States as of 2000, came from other areas around the world.  One could conclude then that being American goes well beyond being “American”.

Let’s talk about the idea of the “melting pot”:   “…a metaphor for a heterogeneous society becoming more homogeneous, the different elements “melting together” into a harmonious whole with a common culture.”  The term was in use by the 1780’s to describe the coming (or melting) together of our very diverse cultures.

At one time we celebrated this ideal of blended cultural harmony.  We used it as a way to define what it meant to be American.

… and that brings us to Katherine Lee Bates.  The woman who wrote the poem “America the Beautiful” set to the hymn “Materna” by Samuel Ward.  The woman who said the song was inspired after a trip to Pike’s Peak where upon arriving near the top she said, “I was very tired. But when I saw the view, I felt great joy. All the wonder of America seemed displayed there, with the sea-like expanse.”  A song about the beauty of her country, our country.

Our song, if we can truly claim it as our song as Americans, is a song for all Americans from all cultural backgrounds.  It is a patriotic song.  Despite what some believe, it is not our National Anthem.

What I see is beautiful.  What I see is America with all of its wonderful diversity celebrated by singing about the beauty of America.

What I feel is abject disgust at some of the reaction this video has received. What I see is racist, intolerant and ignorant.  Let’s address one of the major issues – that America’s song wasn’t sung in English as “it should be”.  Fun fact – English is not the official language of the United States.  In fact, there is no official language of the United States.  States have the right to choose and in some states, in our very own hallowed country, they recognize other languages. Languages such as French and Spanish.  And while people are not required to speak English to live in this country, non-native speakers do actually understand, without being harassed, that being able to speak the language is often helpful to do things like get around, complete forms, go to the grocery store, etc.  Much like it would be helpful if you spoke Latvian if you moved to Latvia. (Although as Americans, we would never do that.  We tend to believe the rest of the world should also speak English and will belligerently plow ahead speaking English in foreign countries.  It’s one of those traits that foreigners find so adorable about us when we travel.)

Many things have been translated into English.  Let’s talk about one of the more popular ones, the Bible.

The Bible was written in Aramaic, Hebrew and Greek which, as you’re aware, includes Psalms.  Psalms can be translated as “instrumental music” or “words accompanying the music”. Please note that English is not among the languages mentioned there.  I mention Psalms specifically because we’re talking about music.  If I were to quote Psalm 84, “How lovely is your dwelling place, O Lord! A day in your courts is better than a thousand elsewhere. For the Lord is a sun and shield” to any of my Jewish friends, I doubt that they would throw an epic conniption fit that I’d just spoken it in English.  They wouldn’t want to burn down the Bible for my offense, as a relative’s friend said she’d like to do to a Coca-Cola bottling company, because that is absolutely absurd – as absurd as what she said. Now while arguably this a different type of “song”, it is a song nonetheless.  One that was translated into many languages and spoken in many tongues.

The Bible was translated to make it accessible to the masses and while I’m sure there were many clergymen who didn’t approve and who likely argued about the meaning being lost in translation they ultimately relented.  The earth continued to spin. The Message was still heard. It did not become abhorrent when the first English speaker spoke it out loud.

Many would argue that the Bible is more sacred than a poem set to music from the 1800’s.

Any number of books and songs have been translated into English in the name of accessibility and I’d like to think the heads of the native speakers of whatever country that work came from didn’t spin off or explode when the first English speaker dared to utter their “sacred” words.  I know mine didn’t explode when I listened to a song/poem about the beauty of America as written by a woman, who incidentally was a lesbian, and sung by Americans in different languages.

America is supposed to be accessible.  Accessible to the huddled masses.  Accessible to those fleeing tyranny and oppression.  So, when I hear “America the Beautiful” sung in Spanish, Chinese, Hindi and Arabic, I hear the beautiful voices of my friends – I hear Americans.  I don’t ignorantly insist that it’s beauty as a song is some how diminished, because I heard the words in Hebrew.

My ancestors lived, fought, bled and died for this country before it was a country.  They fought for safe shores, for a refuge from oppression.  They even fought for the right of its people to be ignorant, judgmental and exclusive – the right to turn our back on the ideals that shaped our country, the right to deny people from around the world who have enriched this very country – the people who built our railroads, worked our fields, harvested our fruits, sewed our clothes, made our food, cleaned our houses, drove us around our cities and who for some inexplicable reason we despise because they had the audacity to sing “our” song in their native tongue.

And who is the “us” that makes the song “ours”? The 7.2%? or is that “us” also a group of immigrants and refugees who wrongfully feel more entitled because they can say they’re 2nd or 3rd or 5th generation Americans – not lowly newcomers with their foreign languages, their foreign beliefs and their foreign customs.